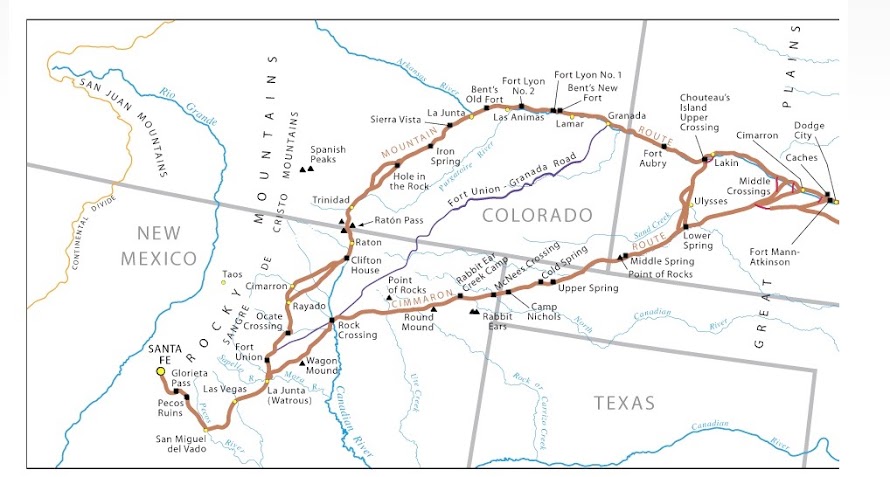 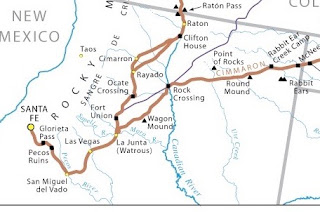 Although the characters in my novel "Into the Shadowlands," did not take this route to Santa Fe, Fancy and I (and my little dog Holly) had a wonderful time visiting the major landmarks along what was often referred to as the "desert route." This branch of the trail was the original route used by traders when the Santa Fe Trail first opened. It is shorter than the Mountain Branch, but has a lot less available water and was more precarious during times of Indian troubles. For this post, I cover the Santa Fe Trail sites within New Mexico, from McNees Crossing to Watrous (La Junta,) where the two branches of the trail re-unite (having speparated in Kansas.) 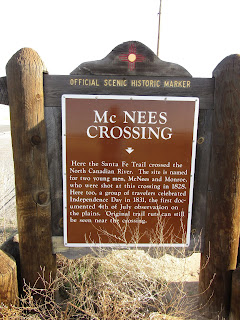 Fancy and I at McNees Crossing in northeast New Mexico. 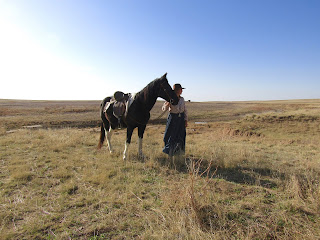 Standing at the crossing of the North Canadian at McNees. 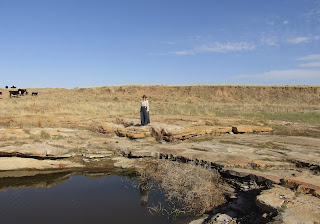 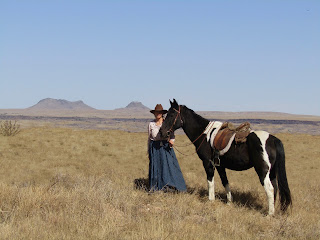 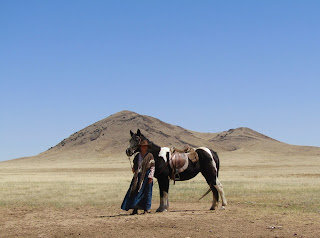 Holly and I on the top of Round Mound. 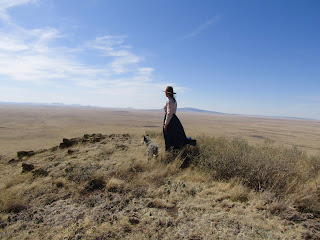 Josiah Gregg's sketch from the top of Round Mound. 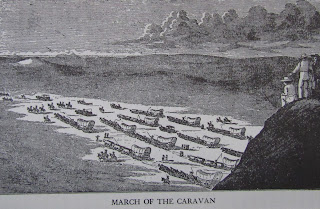 "At last, some of the most persevering of our adventurers succeded in ascending the summit of the Round Mound, which commands a full and advantageous view of the surrounding country, in some directions to the distance of a hundred miles or more. Looking southward a varied country is seen, of hills, plains, mounds, and sandy undulations; but on the whole northern side, extensive plains spread out, studded occasionally with variegated peaks and ridges. Far beyond these, to the north-westward, and low in the horizon a silvery stripe appears upon an azure base, resembling a list of chalk-white clouds. This is the perennially snowcapped summit of the eastern spur of the Rocky Mountains......."

...."As the caravan was passing under the northern base of the Round Mound, it presented a very fine and imposing spectacle to those who were upon its summit. The wagons marched slowly in four parallel columns, but in broken lines, often at intervals of many rods between. The unceasing 'crack crack,' of the wagoners' whips, resembling the frequent reports of distant guns, almost made one believe that a skirmish was actually taking place between two hostile parties." Josiah Gregg, from his book "Commerce of the Prairies."

Recreation of Gregg's sketch by Holly and me! 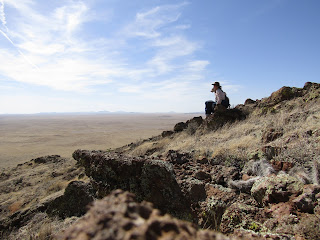 View of Point of Rocks with antelope and mirages, from the northeast. 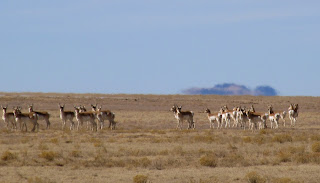 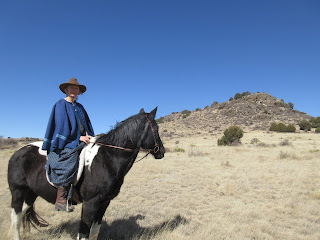 Wagon ruts at Point of Rocks. 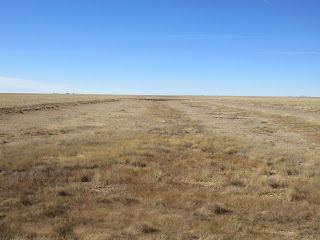 Lone grave at Point of Rocks. 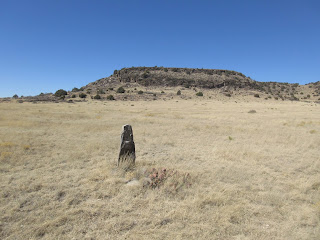 Wagon Mound, as seen from the direction of Point of Rocks. 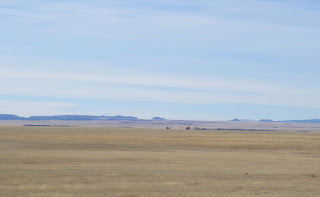 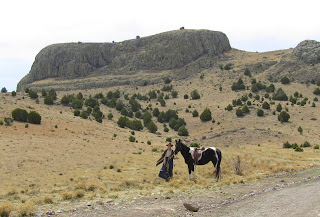 Wagon Mound, as seen from the south above Watrous (La Junta.) 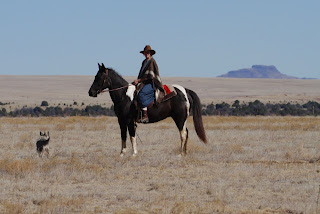 View of elk and the Turkey Mountains at Watrous, (La Junta.) 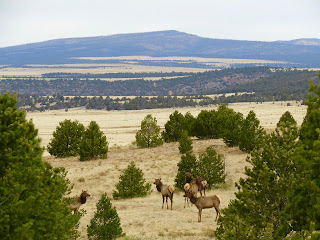 View of mustangs and the Sangre de Cristo Mountains at Watrous, (La Junta.)

Posted by Jackie Fleming at 6:48 AM

NEW! See the movie of our "book tour" down the Santa Fe Trail! 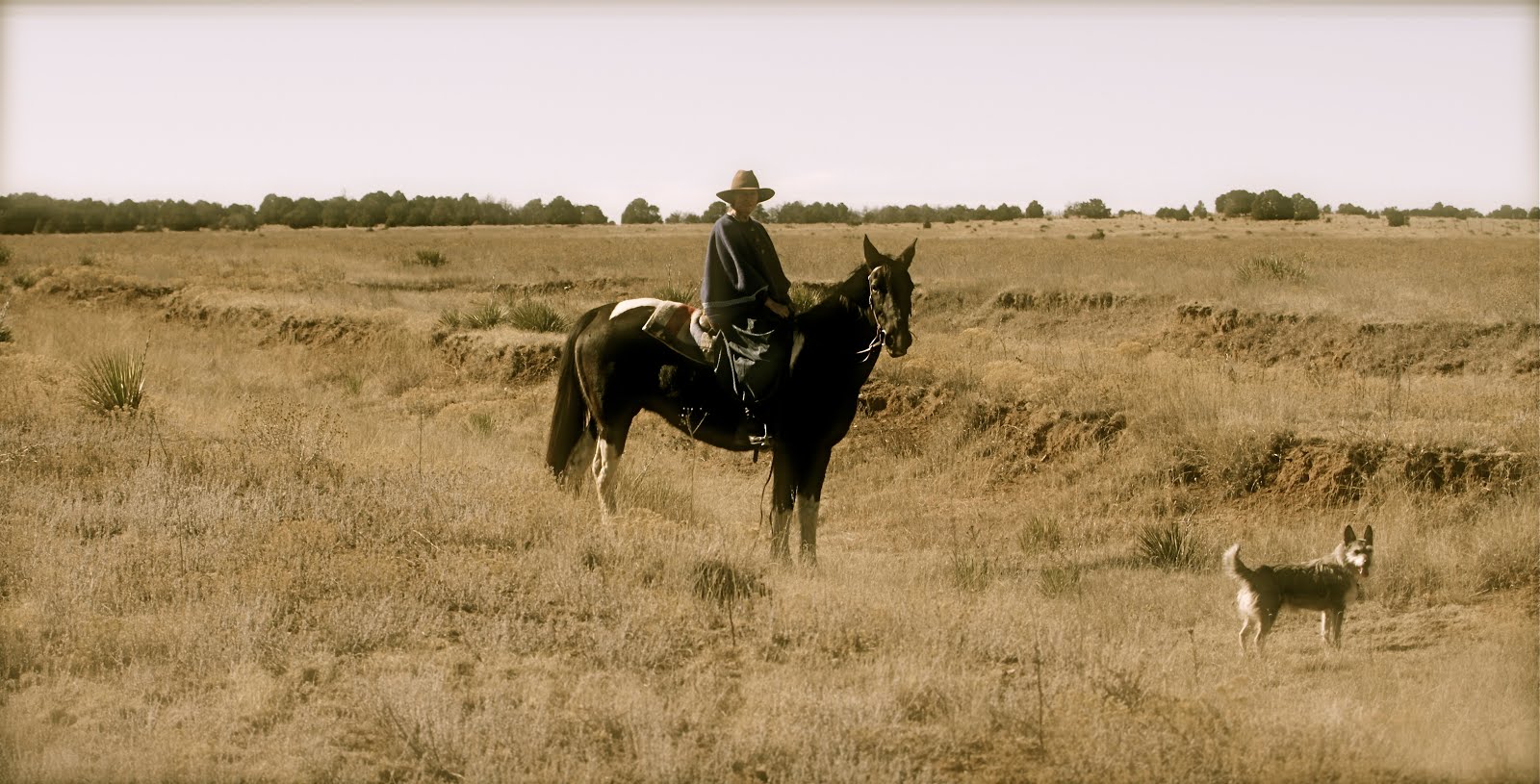